They are quiet now. Ferns, mosses, and lichens cling to their stone walls. Shrubs and vines cascade over their buttresses. Trees sprout from their floors. Nature is slowly laying claim to Santa Cruz County’s historic lime kilns.

If you’ve ever hiked in the Santa Cruz Mountains, you may have wandered upon these abandoned stone structures. The grey bricks decaying over years of neglect, the bright green moss reclaiming their surfaces, the iron gates rusted beyond mobility.

The old Lime Kilns in Santa Cruz County are the remnants of what was once a booming industry that helped form the city that stands today.

Since I was a child, these abandoned structures have intrigued me. They are the ghosts of a time long since passed, and provoke the imagination to picture what our world might look like if nature ever reclaimed our cities.

During the California Gold Rush in the 1800’s, over 300,000 people came to the state to strike it rich. Around this time, a few entrepreneurial businessmen came to the conclusion that it was more profitable to make lime than it was to search for gold. Isaac E. Davis and Albion P. Jordan started their first lime kiln in 1853. In 1865 however, Henry Cowell, who’s name you might recognize from Henry Cowell Redwoods State Park, purchased their business and ran the lime kiln industry for the next 30 years.

Lime was an essential building material at the time that was used to make plaster and mortar.

Santa Cruz lime had a reputation for being of fine quality. It helped build San Francisco in the decades after the Gold Rush. It was also shipped to other cities up and down the California coast, inland to Sacramento and the San Joaquin Valley, north to Oregon, and even to Hawaii.

Lime was made by heating limestone to 2,000-degrees in the giant stone kilns you can still see today. Early kiln workers used the iconic redwood trees that are plentiful in the Santa Cruz mountains, as fuel for the kilns. It took two days to load the lumps of limestone into the kilns, five days to fire them completely, two days to let the finished lime cool and two more days to unload them. Each cycle would create approximately 1,000 barrels of lime, which would then be carted and shipped from the scenic Santa Cruz Mountains 75 miles north to the San Francisco Bay for construction.

Although the lime industry was booming in the late 1800’s, by 1920 the demand for lime was on the decline.

Its replacement was Portland cement, which was easier to make and created sturdier plaster than that which came from lime. Lime kilns slowly began to close, until 1946 when the last kiln was shut down.

The lime kiln industry is gone, but the remnants of a time when workers labored over 2,000-degree fires and cut down redwoods for fuel, can still be seen in between the second-growth redwood groves today. If you’d like to take a look at some of these abandoned lime kilns today, there are a few scenic hikes that will lead you right to them.

The Fall Creek to Lime Kilns trail is a 4.8-mile loop that leads you through the redwoods and pops you out at one of the largest standing lime kilns in the area. There are also kilns on the Pogonip trail just off Highway 9; there are lime kilns on the UCSC campus and (my favorite) there are a few kilns out in Wilder Ranch State Park as well.

These are the kilns I have seen on my hikes throughout Santa Cruz County, but there are many more hiding in hard to reach places! 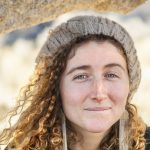 Kaya Lindsay is a writer and photographer with a passion for rock climbing and the outdoors.  In 2016 she converted a Sprinter Van into a tiny home and has been traveling around the US & Canada to pursue her passion for rock climbing ever since. You will most likely find her in a parking lot or coffee shop, camera in hand, planning her next grand adventure. Connect with her on Instagram @OneChickTravels

Bigfooting — Science on the fringe?

As a relatively new resident of Santa Cruz, I have a lot to learn––like the Santa Cruz Metro bus schedules, how to catch the perfect wave, planning beach hikes around King Tides, not getting sucked into Fata Morgana illusions while sailing the bay, the best crab bait, and the art and science of bigfooting. I…