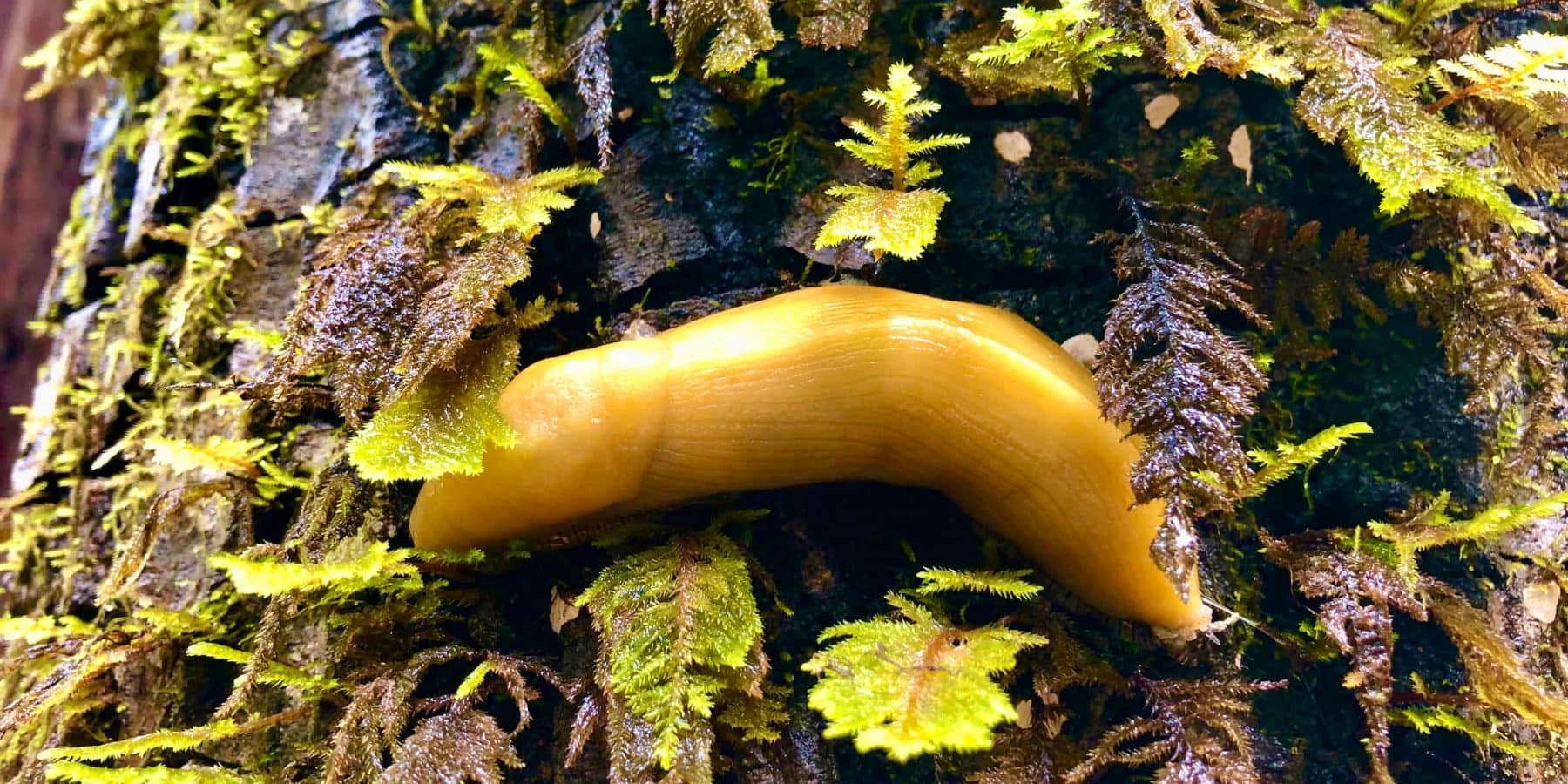 Banana slugs are a fascinating and essential part of the redwood forest. They not only catch the eye but serve a crucial function in maintaining the environmental health of our Santa Cruz Mountains ecosystems. In terms of the area’s iconic natural features, these small, golden mollusks are for many second only to the towering redwood itself.

Ours are rather remarkable slugs. Ariolimax columbianus is the second largest species of land slug on the planet, reaching up to 10 inches in length over a lifespan of up to seven years. Their slime is an anesthetic, numbing the lips and mouth of would-be predators. It’s mating habits, which can take an exceptionally long time and are often brutally adversarial, are fascinating, especially when considering that, as hermaphrodites, they can reproduce asexually if need be. Perhaps most impressively, banana slugs have even been observed using ropes of their own slime to drop from the treetops to the forest floor, unharmed.

Of course, banana slugs do have their limits. Having been clocked at speeds of six inches per minute, it is considered decently fast among slugs but obviously not when compared to anything that might be hungry enough to try and eat it. Few as these natural predators may be, thanks mainly to its protective slime and its bright, possibly poison-invoking skin color, the danger is still there for the otherwise helpless slug. Raccoons, for instance, have been observed rolling slugs up in the dirt before eating them, ostensibly to soak up the anesthetic slime. The slug’s primary natural enemy is arguably the heat; if its slime dries out, it will die. During the summer months, banana slugs spend a lot of time estivating, which is the same thing as hibernating but for the other end of the thermometer.

Often, the banana slug is tragically misunderstood. Due to their slimy exterior, their penchant for rotting things and their ability to squeeze into all manner of nooks and crannies, banana slugs get a terrible reputation for being ‘gross.’ However, the colorful mollusk plays a significant role as a decomposer. It may have been awhile since grade school science class, but no need for a refresher: decomposers do exactly what you would think, they eat dead matter including plants, animals and their waste, processing nature’s trash into fertilizer for the soil, which they then redistribute throughout the forest. There are other organisms in the forest that serve the same purpose, but few do it in such bright and charming hues. Just don’t show them your appreciation with a kiss- it’s not good for either of you!

Read the Hunting for Banana Slugs guide to find out how to find them!