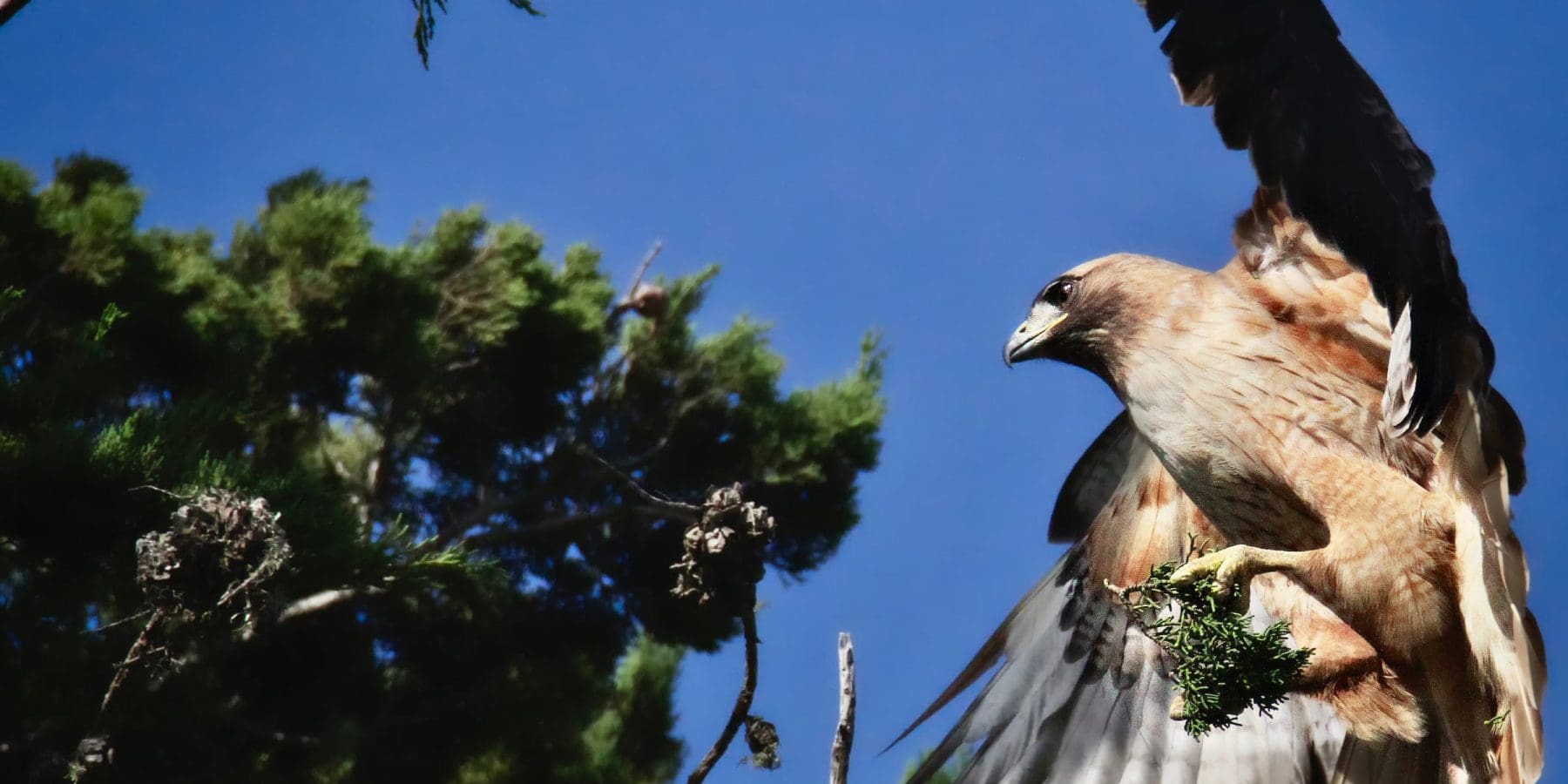 With the incredible biodiversity to be found in the Santa Cruz Mountains, it should come as little surprise that the region is a premier area for “birding,” as a faithful bird watcher would say. Smack dab in the middle of the appropriately named Pacific Flyway, a major avian migration route stretching from Central America into Alaska and Canada, our mountains are home not only to permanent ornithoid residents but quite an array of visitors as well. Of course, the Santa Cruz Mountains aren’t just for the birds!

The Santa Cruz Mountains are one of the most biodiverse regions in California. Here we enjoy an impressive variety of ecosystems; from tidepools and lagoons to ridgeline chapparal; seasonal creeks and ponds to sandy dunes and living soil; forests of redwood, oak, pine, and fir. This natural network supports a food web that is a veritable buffet for different birds to feast upon, regardless of their diet; fish, bugs, nectar, and roadkill are all available in spades. Add in the various meadows, beaches, and parking lots that offer welcome landing zones along the Pacific Flyway migration route. For this reason, storms can be a birding boon as they often compel some of these feathered travelers to land and take shelter in these zones when they would otherwise pass right over.

Hundreds of species grace our skies, waters, branches, and rooftops throughout the year. In the mountains, large majestic birds can be spied above the ridges, like Golden Eagles, Turkey Vultures, and Peregrine Falcons. In the wetlands by the coast, Great Blue Herons and Great Egrets reign over kingfishers, terns, and pelicans. The forests are serenaded by the songs of Chestnut Chickadees, Dark-eyed Juncos and American Dippers. Woodpeckers of the hairy, downy, acorn and pileated varieties make their homes in trees of all kinds, though they seem to prefer the dead, still-standing pine trees (or “snags”) of the sandhills. Though spring and summer are generally considered the prime seasons for birding, the region is witness to a number of rarer species (or ‘easter eggs,’ if you will) that can only be found in the cooler months, including the Winter Warbler, the Townsend’s Solitaire, the Horned Grebe, the Clark’s Nutcracker and the Winter Wren.

The regions redwood forests hold particular importance in birding history, as nesting areas for the severely endangered Marbled Murrelet. A web-footed seabird, ornithologists were mystified as to where the Murrelet nested until a 1970’s snow storm in Big Basin Redwoods State Park led to arborists discovering a nest in the canopy of a massive old growth Douglas Fir tree. Now the bird has become something of a mascot of the forest preservation movement, particularly here in the Santa Cruz Mountains, as their populations are threatened by human activity and development. Campers at parks within the birds’ range are made fully aware of the ongoing efforts to support the birds, as well as the several hundred dollar fines awarded to violators. Forest visitors shouldn’t get their hopes up of seeing a murrelet, though, as their numbers are few and their nests are high up in the tallest firs and redwoods. You’re more likely to get lucky in or around the ocean whilst they’re fishing, but no guarantees!

Luckily, in Santa Cruz, our incredible biodiversity is matched by an active birding community participating in the broader conservation and preservation movements with which the Santa Cruz County is proudly associated. The Santa Cruz Bird Club is not only a great online resource for aspiring birders, but its members regularly participate in citizen science efforts to document local birds, their distributions, and breeding behaviors. The annual Monterey Bay Birding Festival offers presentations, workshops and field trips led by local experts, naturalists, nature artists, and photographers in locations throughout Santa Cruz County as well as Big Sur.

For more information on local birds and birding opportunities, check out the Santa Cruz Bird Club or go to Visit Santa Cruz County to request a Wildlife Watch Kit with maps and informational resources on many hotspots and guided walks in the area.