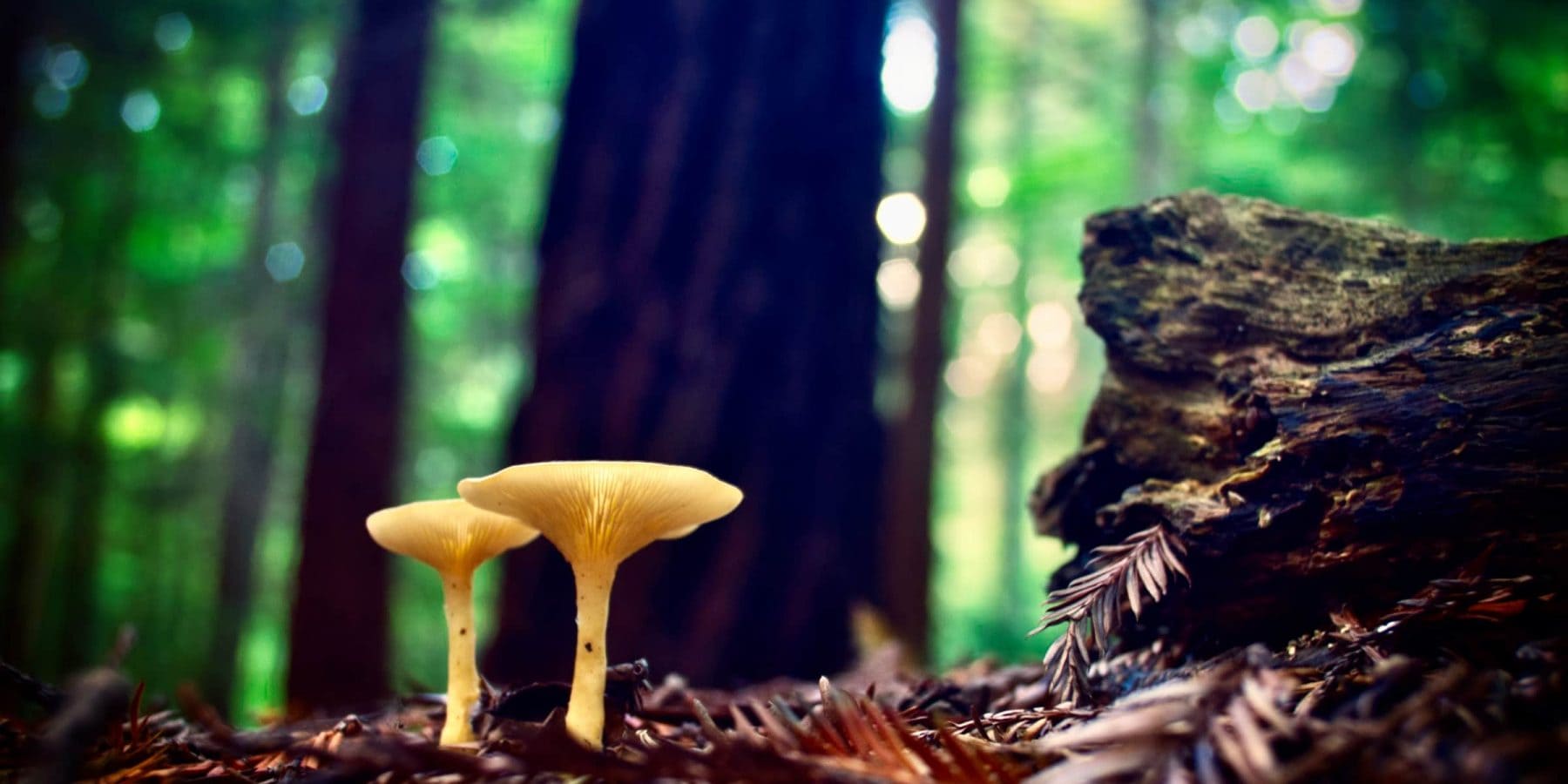 Autumn falls and the rainy season approaches, heralding a sporous rainbow that can linger even into the following summer. Hundreds of mushroom species exist in the Santa Cruz Mountains, out of 3,000 to 4,000 statewide. Finding fungi of all shapes and colors in these forests is like a great easter egg hunt in nature, although some of these “eggs” come with side-effects like hallucinations, permanent liver failure, and even death. Despite this element of danger, the great mycological diversity of mushrooms that can be found here is just another piece of the natural wonder of these mountains.

Mushrooms can be poisonous. Yes, that may seem a tad obvious, but I want that to be perfectly clear, in no small part so that this can’t be used to sue us later. In fact, we’ve been told by more than one mycologist that many if not most edible mushrooms have a poisonous look-alike. So you’ve been warned! If you think we’re paranoid, here are some numbers for you: 14 people poisoned themselves (accidentally, it is assumed) by eating wild mushrooms in the Bay Area in 2017, three of whom needed liver transplants afterward. Death Caps (Amanita phalloides) are the most commonly eaten poison mushrooms in this area.

That said, some fungi are edible, but if you must eat them don’t look at us for identification. As previously mentioned there are hundreds of different species of fungus in the Santa Cruz Mountains alone, so it’s critical you know exactly what it is and how to prepare it before you put it in your mouth. This is a good general rule of life, but it becomes imperative for survival when dealing with wild mushrooms. Edible mushrooms found in the Santa Cruz area include Chanterelles, Black Trumpets, Candy Caps, Porcinis, and Blewits.

Looking to score some shrooms? Sorry, this isn’t that kind of recreation website! Admittedly there are several kinds of hallucinogenic mushrooms found in the Santa Cruz Mountains, but if you want to find them, you’ll have to take that trip yourself.

For more information on local fungi, check out the Fungus Federation of Santa Cruz. Their website includes a number of great informational resources including identification and educator’s guides, plus the organization offers classes and workshops, scholarships for local mycology students, and the annual Fungus Fair, held in January at the Louden Nelson Community Center.