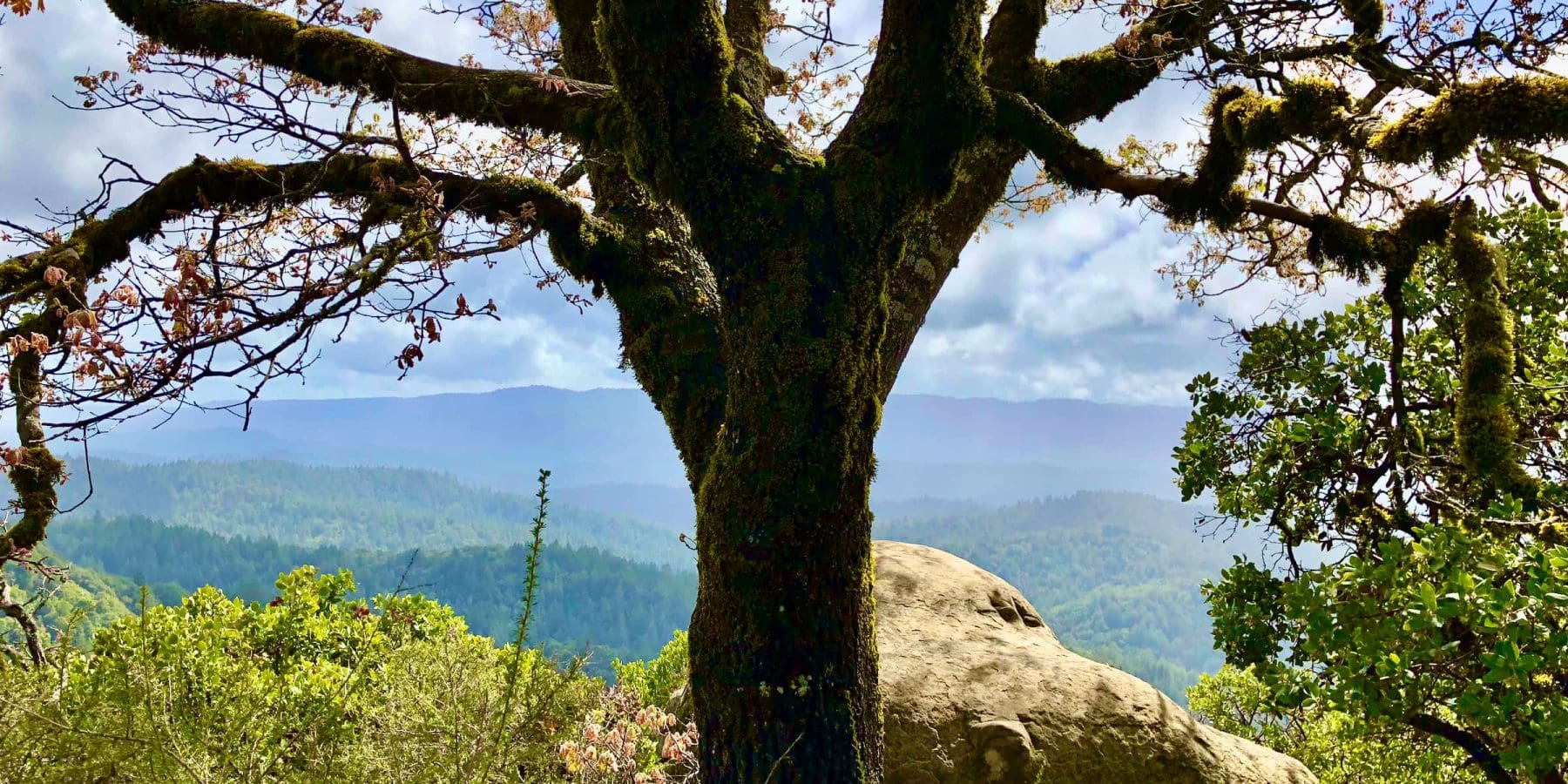 For many people, at least those who didn’t grow up under the redwoods, the oak is the classic specimen of tree. There is a great, though often subtle diversity among the genus, though catkins, hardwood, and acorns are their hallmarks. Case in point: at least a dozen varieties can be found in the Santa Cruz Mountains alone. Historically these trees served a critical purpose for the first peoples of the area, and on the fun side, they’re generally much more climbable than their neighbors of Sequoia.

In the Santa Cruz Mountains and the immediate surrounding area, one can find the following species; black oak, coast live oak, canyon live oak, scrub oak, Oregon white oak, valley oak, interior live oak, blue oak, Santa Cruz Island/coast oak, Alvord oak and Shreve oak. These are the native ones anyway, if you know where to look you can find some interesting specimens that have been planted in municipal areas and private gardens, like cork, silk, and red oaks. Ironically, both poison oak and tanoak/tanbark oak, the two most prolific “oaks” of these mountains, are in fact not of the genus Quercus. Tanoak is at least of the same family, Fagaceae, but poison oak is Anacardiaceae and therefore is more closely related to cashews than proper oak trees.

To Native Californian tribal groups, including the Ohlone peoples of the area, the oak tree was vitality and life, for millennia providing one of the primary staples of their diet with its acorns. Be warned though, acorns aren’t edible until the tannins are removed, a process involving grinding and then soaking them, sometimes for days depending on the type of oak they came from. For this reason, the black oak was particularly prized among the Ohlone as they required relatively little leeching. Acorn harvest was a significant event for tribes in the area, and it was considered to be a good year when the black oak crop was abundant. Tanoak acorns also boast a lower tannin content, as opposed to the live oaks which apparently require days or even weeks to leech fully.

The world’s many-varied oaks are under threat, resulting in quarantines in at least 60 countries. Sudden oak death, caused by fungus-like plant pathogens such as Phytophthora ramorum, affects many species of oaks as well as other trees, notably the California Bay Laurel. Ironically, despite tanoak not being a true oak species, it is one of the most susceptible to Phytophthora pathogens. Sadly the Santa Cruz Mountains are not immune to this threat, and it has taken hold in certain areas. Symptoms of the disease can range from leaf blight and dieback to cankers, ultimately resulting in the loss of the entire tree or shrub.