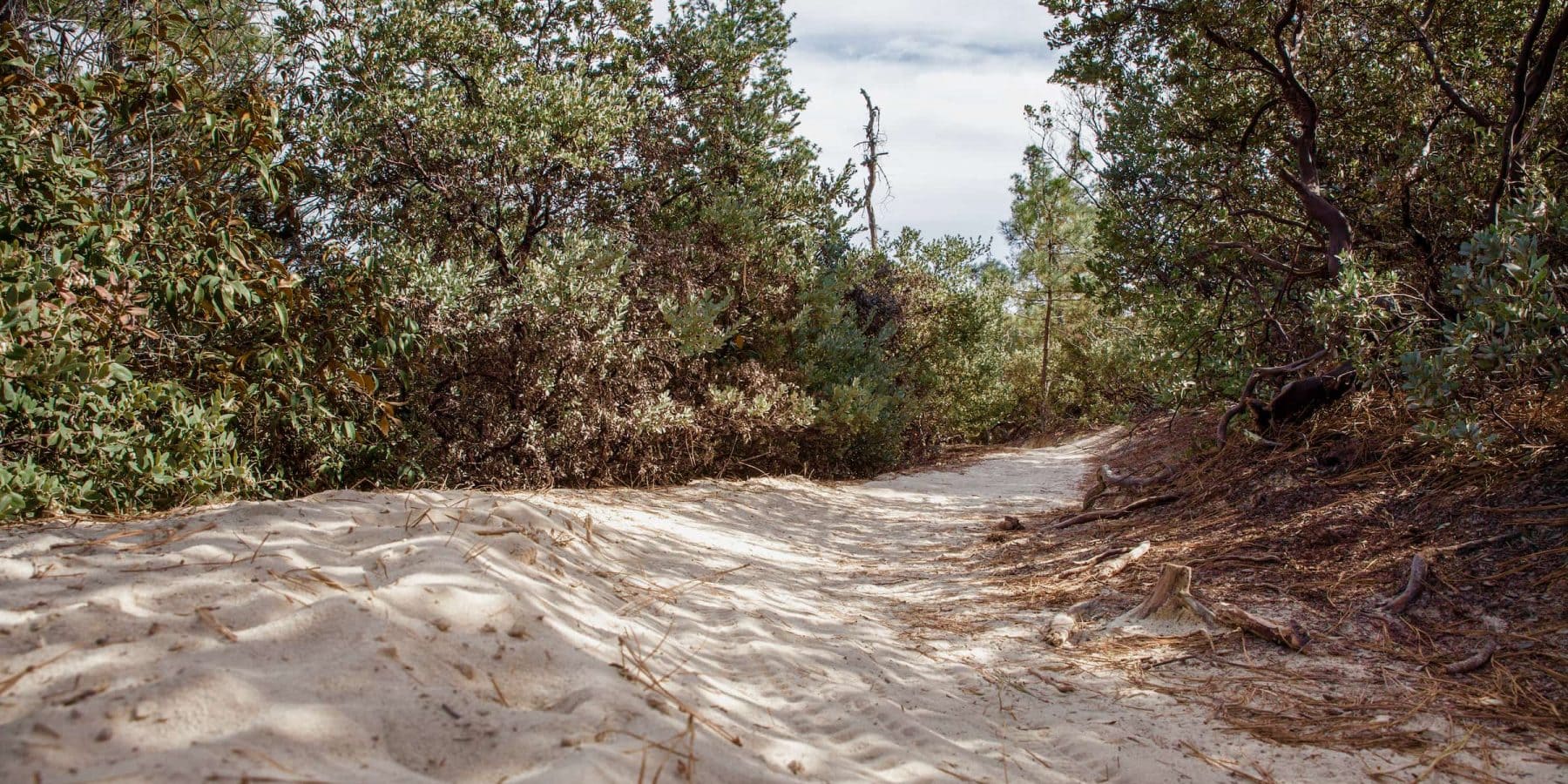 In terms of rarity, perhaps no natural features are as unique to the Santa Cruz Mountains as the Sandhills and Sand Chaparral communities. The wildlife found in these habitats are seen nowhere else on the planet. They’re so specific to this area that the species bear the names of local communities such as Ben Lomond, Bonny Doon, and Mt. Hermon, the locations where first documented. Of course, as with much of nature’s beauty, with this rarity comes vulnerability.

Seven endemic species live in our Santa Cruz Mountains Sandhills. Three are animals, including; the Zayante Band-Winged Grasshopper, the Santa Cruz Mountain Kangaroo Rat, and the Mt. Hermon June Beetle. The four endemic plants on the list are the Santa Cruz Wallflower, the Ben Lomond Spineflower, the Ben Lomond buckwheat, and the Bonny Doon Manzanita, AKA the Silverleaf Manzanita. Other rare organisms also make the Sandhills home, such as the Acorn Woodpecker and the Santa Cruz Monkeyflower, or as this naturalist learned in 6th-grade science camp, the “Sticky Monkeyflower.” Cryptosporidium crust is another, a combination of bacteria, moss, and lichen that forms at the top of the soil over thousands of years.

About 10 million years ago, the motion of the Pacific and North American tectonic plates against each other began to cause uplift, which would eventually result in the mountains we know and love today. As the mountains grew up and the sea level lowered, these sandy areas were exposed and eventually became home to the very explicitly adapted organisms listed above. Fast forward to today, and almost half of Sandhills habitat in the Santa Cruz Mountains has been destroyed, mainly by development and quarrying. What habitats are left are fragmented, their inhabitants vulnerable to threats like invasive species, predation by domestic pets, and fire exclusion.

On the bright side, about 60% of Sandhills habitat in the Santa Cruz Mountains survives, much of it under state protection. A great place to see Sandhills in all their glory is at Henry Cowell Redwoods State Park. In fact, the campgrounds are right smack in the middle of this habitat. They probably didn’t realize back then just how rare and vulnerable the ecosystem there was. If they had, they likely would have built them somewhere else. The upside though, is that there are established trails that go through much of this rare and beautiful area, so hikers can enjoy it without further harming or disturbing the fragile wildlife. Just make sure to stay on the trail and watch out for that cryptosporidium crust!